Tonsillar tissue is often found along the posterior lateral tongue and in the oro-pharynx, including the base of the tongue. In the latter location, these patches are called lingual tonsils. The tonsils, adenoids & lingual tonsils constitute Waldeyer’s Tonsillar Ring (or Pharyngeal Lymphoid Ring). Ectopic tonsillar tissue has been found in the orbit and nasal septum.

The occurrence of ectopic tonsillar tissue elsewhere in the oral cavity especially in the floor of the mouth (oral tonsils), however, is less well known. When such lesions are small and not inflamed they do not attract attention. However, when enlarged and erythematous (reddened) and tender or undergoing cystic change due to keratin plugging, they may become noticed by the patient or the dentist or physician.

Lymphoid patches are to be regarded as physiologic rather than pathologic and can be seen in almost every individual.

Enlargement of the lingual tonsils may occur after tonsillectomy, probably because of a compensatory mechanism. In rare instances, lingual tonsillitis and even abscess formation may occur.

The diagnosis is usually based on clinical judgment. Only in doubtful cases is a biopsy indicated.

The benign lymphoid aggregate requires no treatment but may have to be excisionally biopsied in order to provide an appropriate diagnosis and to rule out lymphoid or other malignancy.

Diagnostic tests: None
Biopsy: No, unless unilateral or otherwise suspicious
Treatment: None
Follow-up: None 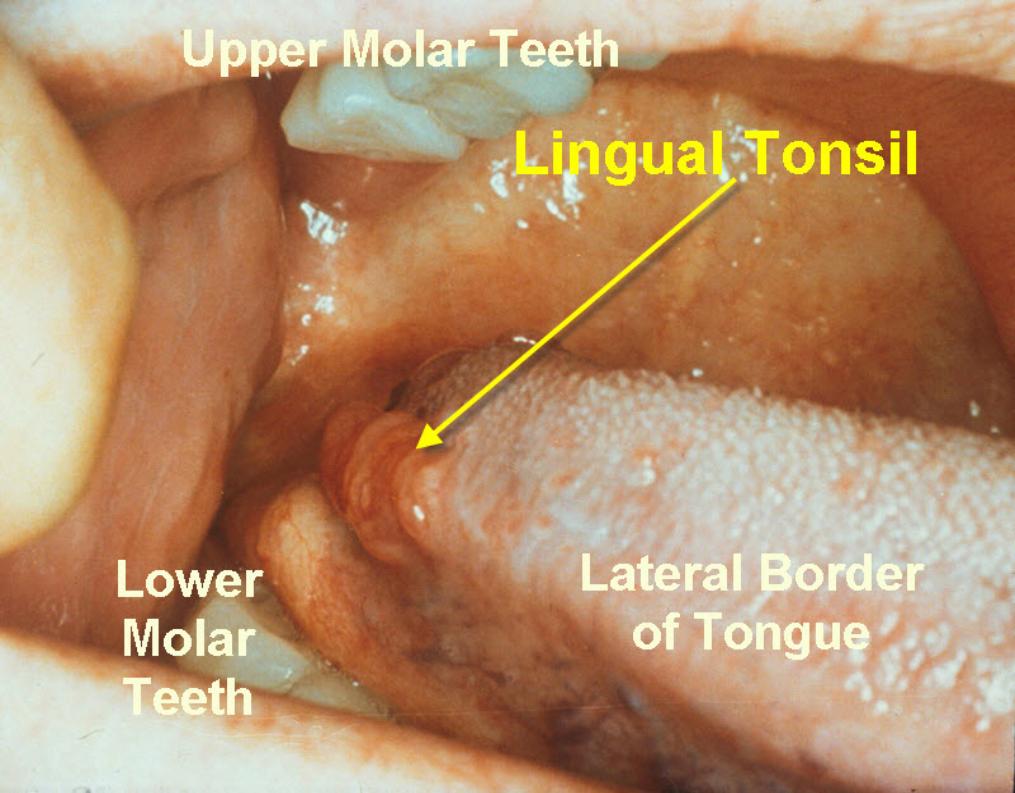