Plasma Cell Gingivitis (PCG) is a rare benign condition of the gingiva of unknown ætiology characterised by sharply demarcated erythematous and œdematous gingiva often extending to the muco-gingival junction. PCG is sometimes considered as a hypersensitive reaction.

PCG is a rare condition characterized by a massive infiltration of plasma cells into the sub epithelial gingival tissue. Clinically, the illness presents as a diffuse enlargement with œdematous swelling of the gingivæ in the maxillary (upper jaw) and mandibular anterior (lower jaw front) segments. Although the exact mechanism behind this condition is not known, the presence of plasma cells suggests an allergic origin. However, most of the cases seen are without any known or identifiable causes. 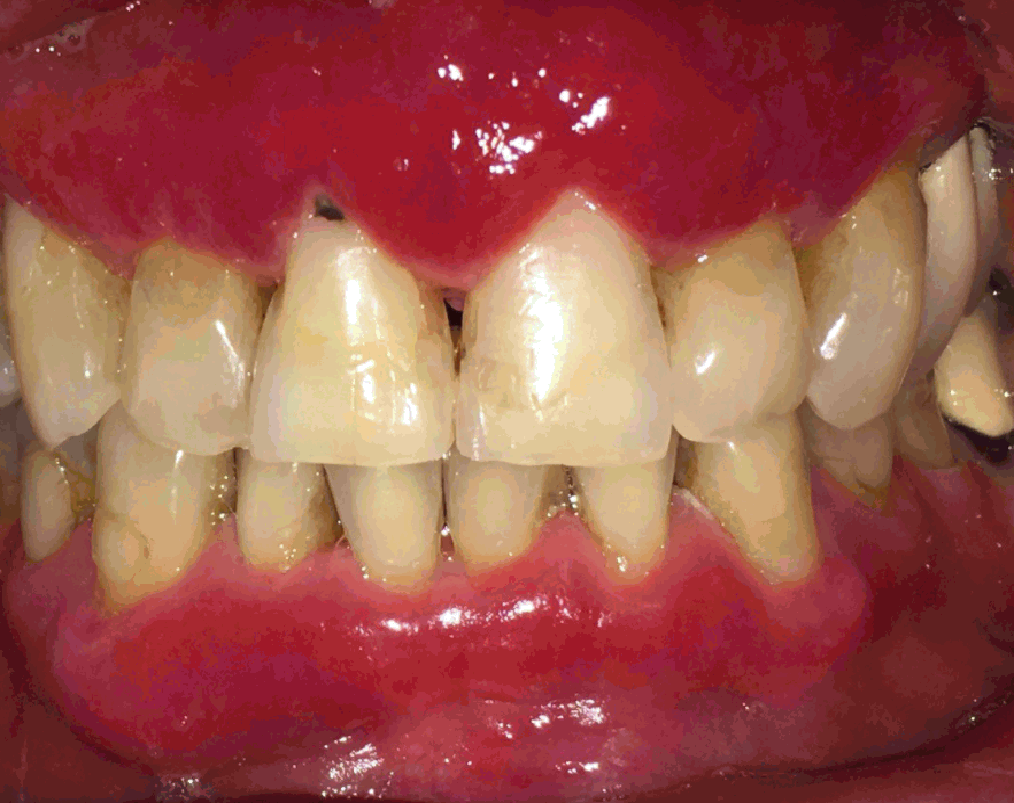 What is Plasma Cell Gingivitis?

What are the signs & symptoms of Plasma Cell Gingivitis?

The classical presentation of PCG includes painless, diffuse, erythematous (reddened) and papillary lesions of the gingivæ with a sharp demarcation along the muco-gingival border, which frequently bleeds with minimal trauma. It is more prevalent in young women. Ulceration is rare in the affected gingivæ.

The condition occurs in the anterior gingivæ (ie the gums at the front of the mouth), most frequently in the maxilla (upper jaw).

What are the causes of Plasma Cell Gingivitis?

This condition has hence been classified into 3 categories, based on the ætiology:

1. PCG due to allergens, such as cinnamon, cinamonaldehyde, chilli, pepper, cardamon or khat leaves.
2. PCG due to neoplastic (cancerous) origin such as multiple myeloma or leukæmia.
3. PCG due to unknown (Idiopathic) cause.

The ætiology is not well defined. It is, most commonly, an immunological / allergic response to the chemicals present in dentifrices (toothpastes), chewing gum, mint pastels and certain foods. It has been suggested that strong spices & some herbs such as chilli, pepper and cardamom may be important factors. The most frequently cited chemical is cinnamon aldehyde (which is widely used as a flavouring agent).

If these fail or as adjuncts to the above:

BDJ 2002. Plasma Cell Gingivitis apparently related to the Use of Khat. Report of a Case