An increasing number of patients are taking “blood thinners” for various medical conditions.

These drugs interfere with the body’s normal clotting mechanism. There are 2 main processes by which the body normally forms a blood clot at the site of tissue injury.

The 1st involves small blood cells called platelets which clump together at the wound to form a mechanical plug. This plug slows the flow of blood through the vessel and forms a matrix for the next phase of coagulation. During coagulation, chemicals in the blood interact with each other to fill in the spaces between the platelets, stabilise the clot, & make it more solid until the process stops the bleeding.

Anti-platelet drugs such as aspirin, ticlopidine & clopidogrel target this phase of clot formation by preventing platelets from sticking together and adhering to blood vessels. These drugs do this by creating permanent changes in the platelets which last for the lifetime of the platelet (7 – 10 days). These effects can only be countered as the body produces new platelets that have not been exposed to the drug.

Anti-coagulant agents such as warfarin inhibit the 2nd phase of clotting by blocking production of proteins that stabilise the clot. Warfarin can only affect these blood proteins when they are being made. 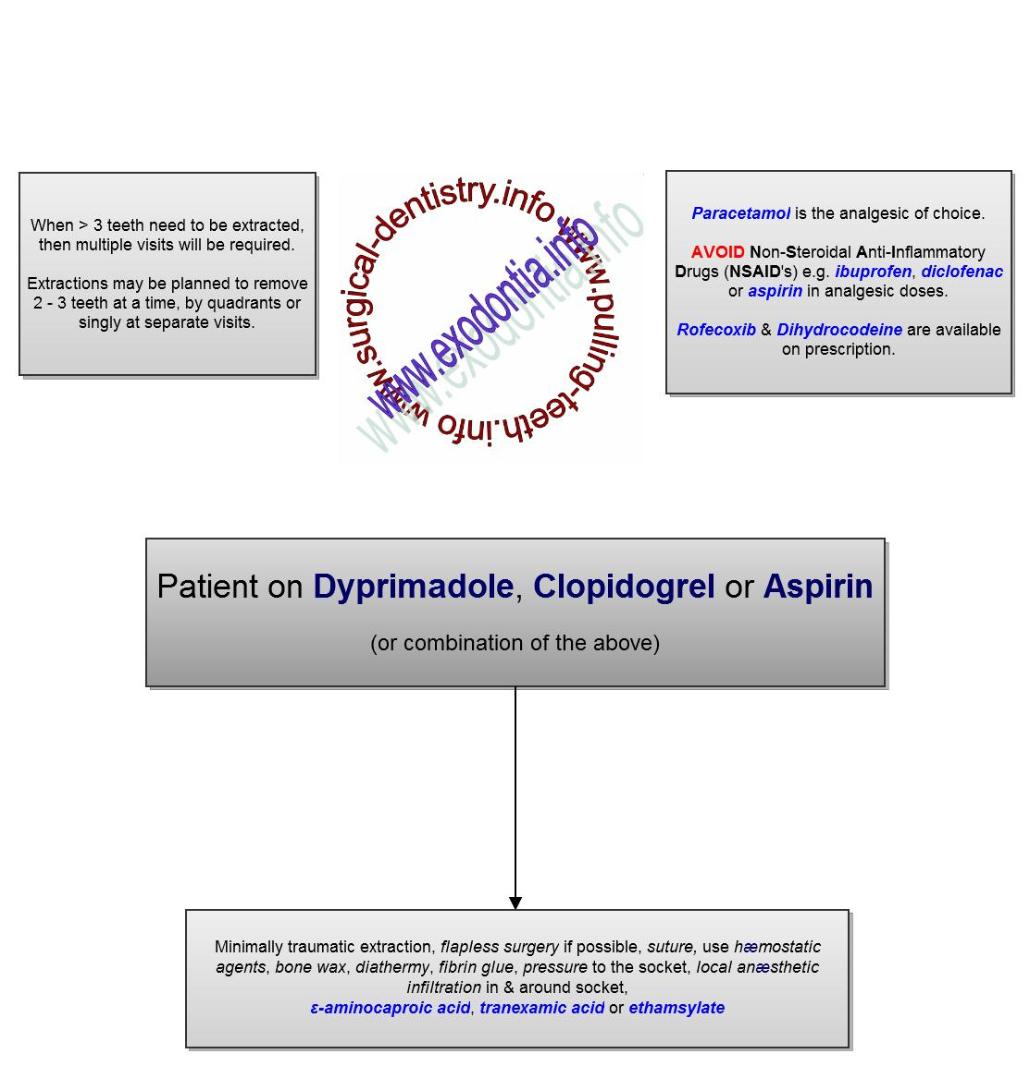 BDJ 2003. Dental Management Considerations for the Patient with an Acquired Coagulopathy. Part 2. Coagulopathies from Drugs

Evidence-Based Dentistry 2008. Guidelines for the Management of Patients who are taking Oral Anticoagulants & who require Dental Surgery